SOLUTIONS FROM THE HEART

PERSONAL GROWTH IS A JOURNEY

For the last 15 years I have worked in the oilfield. It is a fast paced rat race trap. It is so easy to get caught up in the busy lifestyle. As a dispatcher I was on call 24 hours a day during my shift which could range from 4 days to 7 days. Literally!

When that phone rang or dinged…no matter what time it was or how many minutes/hours I had been sleeping….I answered it. Not answering it would at the very least lead to a reprimand from my boss. Worst case scenario I might miss a call from a client or driver with a critical situation arising. That critical situation could be anything from a simple flat tire to an emergency situation. Not answering the phone was not in the equation.

Living in that state of fight or flight for so many years got to be a habit. It greatly affected my personal life as it is very hard to switch it off. I became a drill sergeant in all aspects of my life. When all day long you make decisions and juggle around manpower and equipment….50-75 of each all day long…..telling mostly men what to do….which one would think would be a womans dream job….is hard work. Mentally draining. I was always being tested and pushed and reacting to new information. 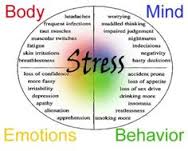 I was burning out. I have to admit that I was relieved when the oilfield took a dive in Alberta and the company I was working for shut down. Now the decision to walk away from the high paying job that was killing me slowly was gone.

So was the paycheque that went with it. Still, my predominant emotion was relief. It was weeks before I didn’t startle awake in the night thinking I had slept through a phone call. I would lay back down and tell myself ….its ok, sleep. You are not on call anymore.

It is quite an adjustment to have your annual income decrease by 100,000.00 overnight. But it is also a relief. I was so caught up in what I could afford….how big a house, how nice a car, which jeans…..that I was losing sight of what was really important.

I worked so hard that my son was taking a back burner. Sure I bought him fancy jeans and shoes and hockey sticks…but my time was dominated by work most of the time. If he needed to talk to me he had to do it in quick spurts between phone calls. If he needed a ride somewhere he had to text the responses into my phone as I drove. At 15 he could have been a very accomplished dispatcher! Sometimes I would be gone at 5am and not home until 9pm. Leaving him to fend for himself much of the time. He ordered so much pizza for dinners that he received a Christmas card from the pizza joint with a gift certificate inside!

I could not stop thinking about how this crazy train was actually detrimental to a balanced life. The money became less and less important as  I grew in self awareness and deepened my spirituality. I was missing the point of life. Living! I wasn’t living, I was existing. I wasn’t a good mother, friend, sister, daughter…..but I was one hell of a dispatcher.

When it was announced that my job was ending ….I was relieved. There were not many other jobs to be had and thousands of people were applying for each job. I wasn’t afraid. I had grown in spiritual awareness enough to realize that this was no accident and I embraced it as an opportunity. An opportunity to regain the balance in my life and reprioritize things of importance.

The most important thing I balanced was me. Everything hinges on me. I am the common denominator in every aspect of my life and therefore my life is a result of my choices. Choosing to return to a simpler state of mind and a simpler way of living has been unbelievably rewarding.

No I don’t get monthly pedicures anymore. But I eat dinner with my son every day (not take out pizza either!) and the rest of my family about once a week. I listen when people speak and I hear them. I see the sunrise in the morning and take the time to really truly see it and feel it. I spend time painting, writing, thinking quietly….I spend my time now…..Living. Simply Living. Living Simply.

I am a child of the Universe that each day embraces life and the lessons that come with it.

This site uses Akismet to reduce spam. Learn how your comment data is processed.

There are so many plants right back yards that help heal our bodies. I love learning about them and making my own teas and oils to heal my body naturally.